40 Animals You May Not Have Known Existed (Part I).

Scotoplanes live on deep ocean bottoms, specifically on the abyssal plain in the Atlantic, Pacific and Indian Ocean, typically at depths of over 1000 meters. They are deposit feeders, and obtain food by extracting organic particles from deep-sea mud. 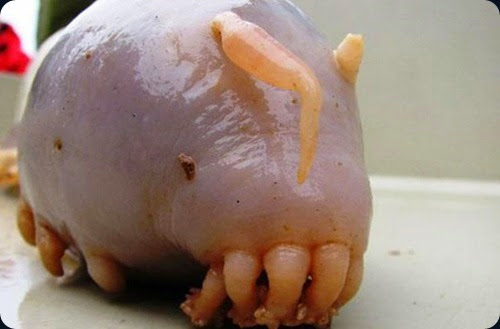 This mammal is native to the Democratic Republic of the Congo in Central Africa. Despite the zebra-like stripes, it is actually more closely related to giraffes. Colored in camouflaging shades of desert browns, this lizard has a “false” head, which he presents to his predators by dipping the real one. This large stork-like bird gets its name because of the shape of its beak. Even though it was already known to ancient Egyptians and Arabs, the bird was only classified in the 19th century. Found in India, this species of frog have a bloated body and an unusually pointy snout; it only spends two weeks a year on the surface of earth, leaving the underground for mating. This bright blue fish can be found in the waters of the Atlantic Ocean, and spends 80% of its time searching for food. Being a carnivore predator, the Bush Viper lives up in the trees of the tropical forests of Africa, and does most of its hunting at night. This saiga, spread around the Eurasian steppe, is known for its an extremely unusual, over-sized, flexible nose structure, the proboscis. Also known as the blue dragon, this creature is a species of blue sea slug. You can find it in warm waters of the oceans. it normally floats on the surface because of a gas-filled sac in its stomach. You probably don’t need much explanation as to why the residents of Papua New Guinea call this fish a “ball cutter.” The local fishermen were really worried about the safety of their testicles when they had to get in the water! Discovered in Venezuela in 2009, this new species of alien-looking moth is still poorly explored. Waiting for more info about them! As this hawk-moth feeds on flowers and makes a similar humming sound, it looks a lot like a hummingbird. What’s interesting is that it is surprisingly good at learning colors. Also called the “sea locusts“, “prawn killers” and even “thumb splitters”, this is one of the most common predators in tropical and sub-tropical waters; little is known about them because of how much time they spend hiding in their burrows. These thorn bugs are related to cicadas, and use their beaks to pierce plant stems to feed upon their sap. Their strange appearance still poses many questions to scientists. This, uhm… peculiar eyeless animal is actually called Atretochoana eiselti. It is a large, presumably aquatic, caecilian amphibian with a broad, flat head and a fleshy dorsal fin on the body. 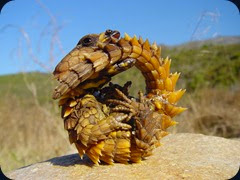 With an estimate of +- 8.7 million species, it is no wonder that we have so many beautiful creatures on this planet.

With many species still not discovered, these photos reminds us of how awesome mother nature is and why we have to make it our priority to look after her.

The sad reality  is that scientists estimate that between 150 and 200 species of life become extinct every 24 hours!

This mass extinction is due, in large measure, to humankind’s unsustainable methods of production and consumption, including the destruction of habitats, expanding cities, pollution, deforestation, global warming and the introduction of “invasive species”.