Victor Hugo’s second gift was to be one of the greatest sketchers of his time. His artwork, although initially for private purposes, now has its place in the pantheon of art. The museum boasts the most significant collection showcasing his work, some of the most unique and modern works produced in his time. 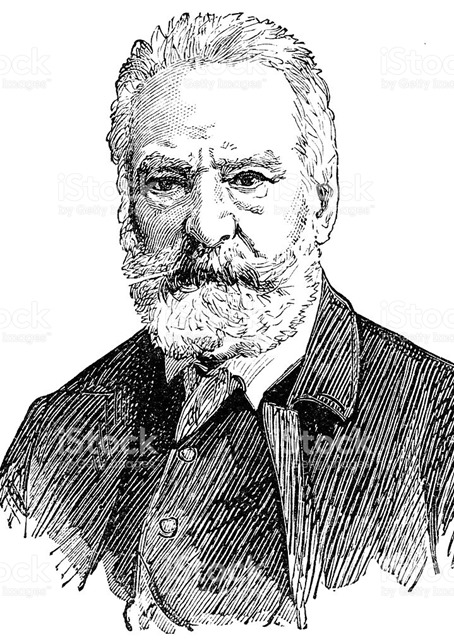 The museum collection is based around the original nucleus of drawings belonging to Paul Meurice and Juliette Drouet, whose drawings he had acquired from her nephew Louis Koch. It has been continuously expanded since and the collection now has more than 700 drawings. It captures virtually all facets of the artwork of Victor Hugo. It is particularly rich in drawings which can truly be considered as “works” intended to be hung on the wall, sometimes in frames painted by Hugo himself. Among these are the largest and most famous drawings of the master: Le Burg à la Croix, Le Phare des Casquets, Le phare d’Eddystone, La Tour des Rats…. Drawing was part of Victor Hugo’s education but it was not until the early 1830s that he seems to have started producing for his own pleasure and that of his family, creating caricatures born of a sharp and spiritual mind. He also took the habit of filling his travel journals with drawings, mostly in pencil, to preserve his memory of places or architectural details. It was after his trips on the banks of the Rhine between 1838 and 1840 that Hugo became more visionary in his drawings, inspired by the poetic spectacle of castles on mountain shores. His drawings often took over from his writing, especially when he was distracted by political action which monopolised his time from 1848. For example, taking advantage of the parliamentary recess, he installed a proper workshop in Juliette Drouet’s dining room in the summer of 1850. His creative fever expressed itself through intense production marked by the most important and strangest of compositions, namely Le Burg à la Croix, Le Champignon and Gallia, La Ville Morte, Vue de Paris, Paysage aux Trois Arbres, etc. The drawings of Victor Hugo proved to have an incredible technical quality which was the result of experimentation in which knowledge and imagination mingled in very sophisticated ways. These included use of a soluble screen for the cracking effect, blends of inks, gouache, various materials, scrapings... His techniques often led him to work from ink stains or from almost automatic gestures, giving his drawings a modernity that fascinated surrealists. As a result his drawings are considered modern. Also belonging to this wave of drawings were the first “souvenirs”, including Souvenir de la Forêt Noire, Souvenir d’Espagne, with the draft worked on again and continued. With their painted frames they decorated the billiard room of Hauteville House. The museum contains most of them including Souvenirs of the Neckar, Normandy, Brittany and Switzerland.                                The exile years would see intense creativity in terms of artwork, with fantastical drawings bearing the imprint of the experience of Jersey seance tables, and numerous seascapes. The use of stencils or screens with cut paper, lace prints or leaves is particularly characteristic of this period. Victor Hugo’s great struggle against the death penalty was expressed in certain masterpieces such as Pendus, Ecce and Ecce Lex as well as Justitia. Geographical distance also resulted in his habit of sending “greetings cards” (drawings where Hugo plays with the spelling of his name); the museum has several examples. The arrangement of the furniture at Hauteville House was an opportunity to sketch furniture and decoration. Hugo sometimes gave artistic expression to his literary creations, particularly The Toilers of the Sea, with Le Phare d’Eddystone (The Eddystone Lighthouse) and Le Phare des Casquets (The Casquets Lighthouse) described in The Man Who Laughs or the “front cover” of The Legend of The Ages or later in La Tourgue.

Among the later works begun at the end of the exile, the Poème de la Sorcière series stand out in the collection, a set of grotesque faces where Hugo seems to revive the memory of Goya in a new advocacy against cruel and blind justice. Hugo has also left a number of inkblots, the purpose of which is now unclear, were they early creative steps, waiting for an interpretation that would “extend” their meaning (in the words of André Masson) or, as their quality and richness make them worthy of works in their own right, are they true abstract landscapes?