Meet George. Giant George, that is. This blue Great Dane is, quite possibly, the largest dog in the world. Yes, even larger than Boomer the Molosser, the previous largest dog in the world. This big beast is 7 feet, 3 inches long, 43 inches tall at the shoulder, and weighs an impressive 245 pounds! Every month, owners David and Christine Nasser feed George 110 pounds of dog food, and he sleeps in his very own Queen-sized bed. The couple have had George since he was 7 weeks old, and he’s definitely eating them out of house and home! Some friends of mine have a Great Dane they’ve named Pennyroyal, and it’s the smartest, quietest, most gentle-natured dog I’ve ever had any dealings with. Great Danes are absolutely beautiful dogs, and that blue color is just gorgeous. I have no doubt that George is just as sweet as their dog, even if he does make Pen look like a puppy!

2.- Sally Matthews has an Exhibition dedicated to the world of animals along the way ArteNatura the Val di Sella.

"Everyone has their own reasons for using animals in art, but for me I always go back to the animals themselves for inspiration. My love of them, their different form, movement, smell and nature are the reasons for my making them. Their nature, even of a domesticated or trained animal is unpredictable and wild, their presence is always enlivening. I want my work to remind people of our need for animals and the example their nature provides us with.  I was always fascinated by my father's veterinary and animal anatomy books. Although a knowledge of the bone and muscle structure is invaluable and I measure and draw dead animals in their stillness, it is their movement and life, their spirit that interests me. The way their flesh falls as they lie or their muscle stretches as they turn, or the small movements and noises they make as they feed.

3.- Atacama Desert, Even the Driest Place on Earth has Water.

The north of Chile The region known as the ``North of Chile" occupies an area equivalent in size to two thirds of Italy. It stretches from the highlands of the Andean Altiplano over the golden sands of the Atacama Desert as far as the shores of the Pacific Ocean. Diverse, surprising, majestic and untouched... this is the place for those in search of adventure with its breathtaking salt flats, geysers and Andean volcanos, vast expanses of land and here and there, occasional signs of life... llamas, vicunas, flamingos and alpacas, all unperturbed by the presence of man. 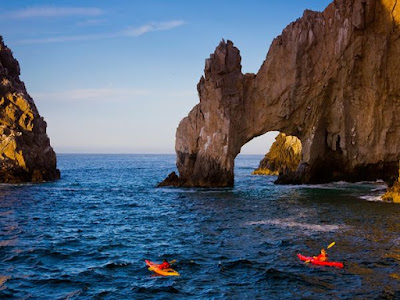 Kayakers navigate the waters around Land’s End in Cabo San Lucas, a popular tourist destination at the southern tip of Mexico’s Baja California peninsula. The continued coastal development of the nature-rich finger of land has raised questions about possible environmental damage.

5.- Turbulence and eddies in the self-portraits of Nikos Gyftakis. 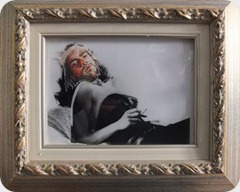 The Greek artist Nikos Gyftakis created this wonderful series of self-portraits swirling between 2011-2013. The works are made with oil pastels on canvas and are actually very large, with some parts higher than 5 '(1.5m). Despair, frustration and a bit of despair is what we communicate these portraits full of lines that at first glance seem to be made with crayons and have all the style of psychedelia. The author of these faces is the Greek Nikos Gyftakis, who makes each of his works with pastels, most are made ​​on a large scale, as well as being self-portraits which now form a great series, which has been exhibited in various galleries.

6.- Mimic Octopus, this fascinating creature was discovered in 1998 off the coast of Sulawesi in Indonesia.

The Mimic Octopus, Thaumoctopus mimicus, is a species of octopus that has a strong ability to mimic other creatures. It grows up to 60 cm (2 feet) in length. Its normal colouring consists of brown and white stripes or spots.
Living in the tropical seas of South East Asia, it was not discovered officially until 1998, off the coast of Sulawesi. The octopus mimics the physical likeness and movements of more than fifteen different species, including sea snakes, lionfish, flatfish, brittle stars, giant crabs, sea shells, stingrays, flounders, jellyfish, sea anemones, and mantis shrimp. It accomplishes this by contorting its body and arms, and changing colour.

7.- The illusion of Food Art, artistic expression through food and edible.

(images via: Food is Art + YumSugar)

A contemporary artist that works almost entirely in chocolate, Prudence Emma Staite wants people to experience her art with all of their senses. She creates jewelry, paintings, sculpture, games and even entire rooms from chocolate –but the sweet stuff isn’t her only favorite medium. She also made sculptures of the Colosseum, Spanish Steps and Pope Benedict XVI using enough pizza dough to make 500 pizzas for an exhibit at the Museum of London.

The amazing images of the Maracana Stadium reopening. 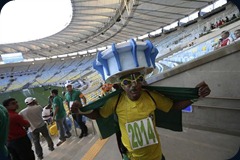 The Maracana reopened after nearly three years of renovation on Saturday, with construction workers getting the first glimpse of the iconic Rio de Janeiro stadium which will host the 2014 World Cup final and the opening and closing ceremonies of the 2016 Olympics.
The new stadium's first match was an exhibition between Friends of Ronaldo and Friends of Bebeto, former Brazil teammates.
"It looks amazing," said former Brazil star striker Ronaldo. "I'm happy to see the stadium ready again. The Maracana is a symbol of this country."
The workers who helped renovate the famed venue and their families were invited to witness the first test event at the new Maracana, which will be home to three Confederations Cup matches in June, including the final.

Linnaeus' flower clock was a garden plan hypothesized by Carolus Linnaeus that would take advantage of several plants that open or close their flowers at particular times of the day to accurately predict the time. He called it specifically the Horologium Florae (lit. "flower clock"), and proposed the concept in the 1751 publication Philosophia Botanica. He may never have planted such a garden, but the idea was attempted by several botanical gardens in the early 19th century, with mixed success. Many plants exhibit a strong circadian rhythm, and a few have been observed to open at quite a regular time, but the accuracy of such a clock is diminished because flowering time is affected by weather and seasonal effects.

10.- Weirdest animals and creatures in the world.

Saki monkey
Sakis, or saki monkeys are small monkeys with long, bushy tails. Their furry, rough skin is black, grey or reddish-brown colored depending upon the species. The faces of some species are naked, but their head is hooded with fur. Their bodies are adapted to life in the trees, with strong hind legs allowing them to make far jumps. Sakis reach a length of 30 to 50 cm, with a tail just as long, and weigh up to 2 kg.
Sakis are diurnal animals. They live in the trees of the rain forests and only occasionally go onto the land. They mostly move on all fours, sometimes running in an upright position on the hind legs over the branches, and sometimes jumping long distances. For sleeping they roll themselves cat-like in the branches. They are generally very shy, cautious animals.