1.- Atacama Desert, Even the Driest Place on Earth has Water.

The north of Chile The region known as the ``North of Chile" occupies an area equivalent in size to two thirds of Italy. It stretches from the highlands of the Andean Altiplano over the golden sands of the Atacama Desert as far as the shores of the Pacific Ocean. Diverse, surprising, majestic and untouched... this is the place for those in search of adventure with its breathtaking salt flats, geysers and Andean volcanos, vast expanses of land and here and there, occasional signs of life... llamas, vicunas, flamingos and alpacas, all unperturbed by the presence of man.

Meet George. Giant George, that is. This blue Great Dane is, quite possibly, the largest dog in the world. Yes, even larger than Boomer the Molosser, the previous largest dog in the world. This big beast is 7 feet, 3 inches long, 43 inches tall at the shoulder, and weighs an impressive 245 pounds! Every month, owners David and Christine Nasser feed George 110 pounds of dog food, and he sleeps in his very own Queen-sized bed. The couple have had George since he was 7 weeks old, and he’s definitely eating them out of house and home! Some friends of mine have a Great Dane they’ve named Pennyroyal, and it’s the smartest, quietest, most gentle-natured dog I’ve ever had any dealings with. Great Danes are absolutely beautiful dogs, and that blue color is just gorgeous. I have no doubt that George is just as sweet as their dog, even if he does make Pen look like a puppy! The Declaration of Independence, signed on July 4th, 1776, is both a symbol of American liberty and an enduring monument to the philosophy of America’s forefathers. The ideas expressed in the document were those of John Locke and the Continental philosophers, but Thomas Jefferson presented them in a new way: as absolute “self evident” truths. This appealed to the general public, and helped Jefferson to justify his breaking of ties with Europe. Today, Independence Day is more than a celebration of this important moment in history. It’s also an opportunity for robust American fun: fireworks, hot dogs, excessive drinking, and lounging about in the summer sun. Here are infographics that explore the history, patriotism, pyrotechnics, and personal excesses of one of this country’s favorite holidays.

Some animals have sharp teeth, some have fragile wings, some are predators, some chew on grass, but they all need to survive. Even if harder to believe, some carnivores can be extinct pretty fast, if they don’t find an “intelligent” method of hunting. On the other hand, small animals with poor defense mechanisms need to find a smart way of surviving and hiding. Nature has found the solution to all these and it is called “camouflage”. That’s the ability of transforming yourself or adapting to the environment you live in, in such a way that you become a contained part of it, that others barely notice you. In one way of another, most of the animals have developed such a skill and they easily trick the eye.

Linnaeus' flower clock was a garden plan hypothesized by Carolus Linnaeus that would take advantage of several plants that open or close their flowers at particular times of the day to accurately predict the time. He called it specifically the Horologium Florae (lit. "flower clock"), and proposed the concept in the 1751 publication Philosophia Botanica. He may never have planted such a garden, but the idea was attempted by several botanical gardens in the early 19th century, with mixed success. Many plants exhibit a strong circadian rhythm, and a few have been observed to open at quite a regular time, but the accuracy of such a clock is diminished because flowering time is affected by weather and seasonal effects. 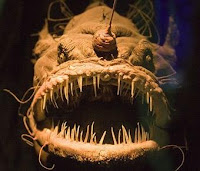 Many would assume that the icy depths of the sea off the northwestern coast on Russia would have little to offer nature photographers. But one man has braved the freezing elements to capture the beautiful monsters of the deep who display a surprising variety of colourful speices.
Marine biologist Alexander Semenov spent two years in the hostile environment at the ultra-remote White Sea Biological Station to create his bizarre collection of images. 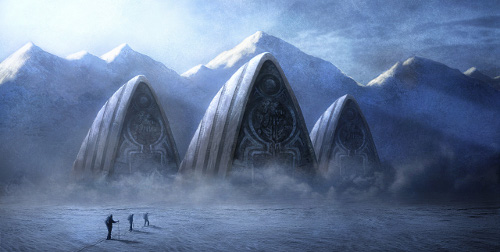 9.- The world of Anthony Howe, kinetic sculptor inspired by the trees and the wind to perform their works. 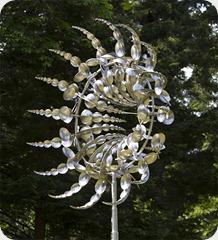 Kinetic Sculptor Anthony Howe lives and works in a rural area in Eastsound, Washington surrounded by little over the trees , the wind and other natural elements that inspire their incredible kinetic sculptures. Howe works primarily with stainless steel welded carefully designed to create objects driven by the slightest breeze.

Watching the movement of each piece in the previous videos is totally fascinating and hardly seems possible that this object can be constructed.

10.- Talampaya National Park, one of eight "World Heritage" by UNESCO declared in Argentina. Talampaya National Park is a national park located in the east/centre of La Rioja Province, Argentina. It was designated a provincial reserve in 1975, a national park in 1997, and a UNESCO World Heritage Site in 2000.

The park covers an area of 2,150 square kilometres (830 sq mi), at an altitude of 1,500 metres (4,921 ft) above mean sea level. Its purpose is to protect important archaeological and palaeontological sites found in the area. It has landscapes of great beauty, with flora and fauna typical of the mountain biome.

The park is in a basin between the Cerro Los Colorados to the west and the Sierra de Sañagasta to the east. The landscape is the result of erosion by water and wind in a desert climate, with large ranges in temperature - high heat by day and low temperature at night, with torrential rain in summer and strong wind in spring.