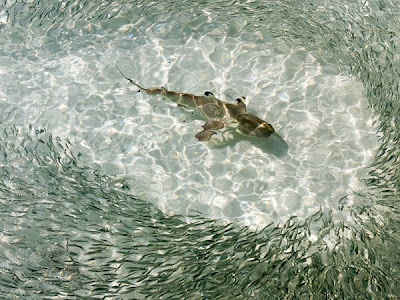 Photograph by Paul Wilkinson
Smaller fish keep their distance when a blacktip reef shark swims amongst them in shallow water in the Maldives. 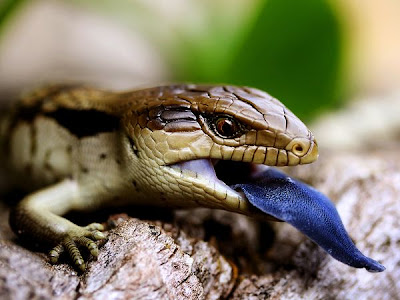 Photograph by Kathy Parker
Australian blue-tongued lizards are widespread over our great country. This particular species is a "common" or "Eastern" blue-tongued lizard, found in the eastern parts of Australia. Living on a farm in the South East of South Australia, we find many of these lizards lazily crawling around our yard, especially during the warmer months. This lizard was courtesy of our hunter-gatherer cat, which is brave enough to bring all sorts of amazing creatures to our back door for inspection and approval. 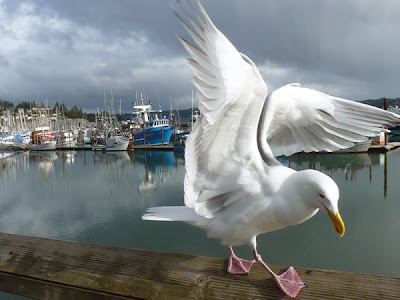 Photograph by Diane Jones
Walking the line
(This photo and caption were submitted to the 2011 National Geographic Traveler Photo Contest). 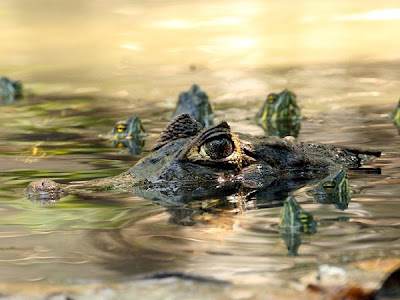 Photograph by Anthony Davis
A caiman rescued by the ARCAS organization in Guatemala gets the eye from a ring of turtles. Founded in 1989, ARCAS strives to rehabilitate animals seized from poachers and illegal pet traders, eventually releasing most back into the wild. As one of hundreds of travelers fortunate enough to volunteer at ARCAS each year, I spent long, hot, but enjoyable days cleaning and feeding parrots, scarlet macaws, spider monkeys, howler monkeys, and other species under pressure in Central America. 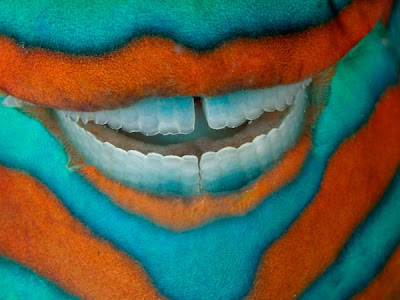 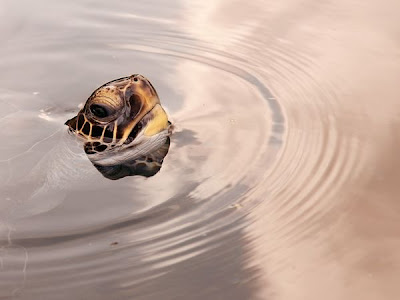 Photograph by Jose Cardona
At a Maui aquarium a Hawaiian green turtle makes a guest appearance. Members of this threatened species are unique among sea turtles for their herbivorous diet, thought to imbue their fat with a greenish hue. 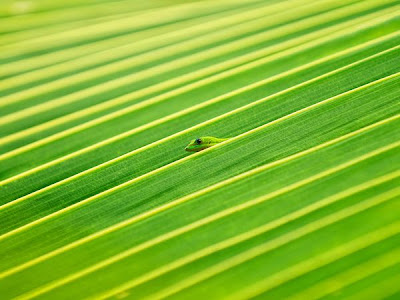 A small gecko pokes his head out from between the ridges of a palm leaf. How I ever saw him I will never know. 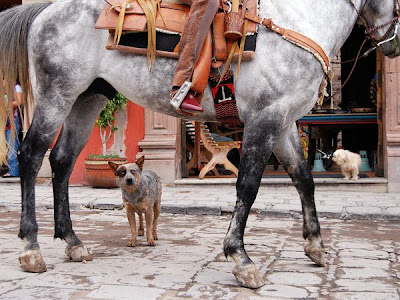 Photograph by Jay Koppelman
I grabbed this shot of a blue heeler dog in San Miguel de Allende, Mexico. Sometimes it seems that there are two completely separate worlds that are in existence: that of the humans and the other, which belongs to the animals. In this photo the humans are definitely unaware of all the interaction that goes on in the animal world just feet away. I wonder what's going through this dog's mind. 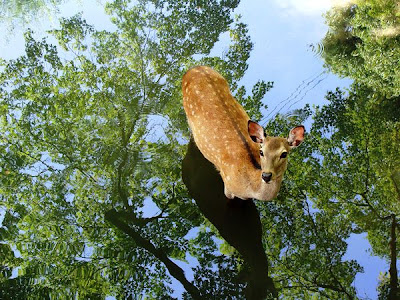 Photograph by Angie Sin
Deer in Nara, Japan, are revered as holy messengers of God and are allowed to roam freely. They are well known for their bowing gestures for food.