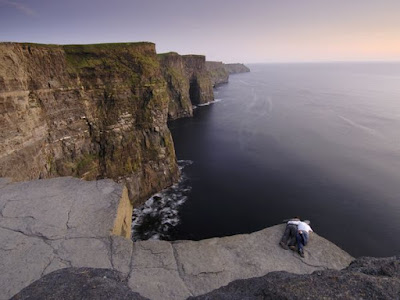 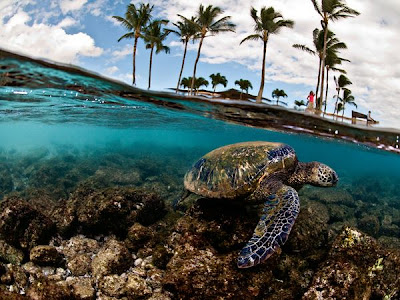 Baobab trees frame a serene view of night skies in Tarangire National Park, Tanzania. Some species of baobab trees can live for a thousand years—potentially reaching a stunning height of 80 feet (25 meters) and a diameter of 40 feet (12 meters). 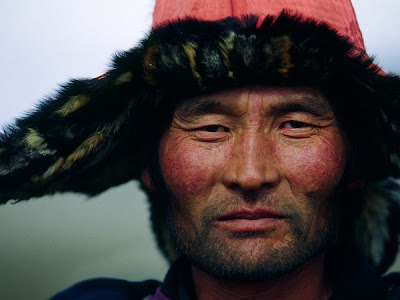 A man in western Mongolia wears a fur-trimmed hat as protection from the bitter cold of winter. Sprawled across mountains and plateaus, Mongolia has an average elevation of 5,180 feet (1,580 meters).
Terraced Rice Field, China
Photograph by Thierry Bornier, 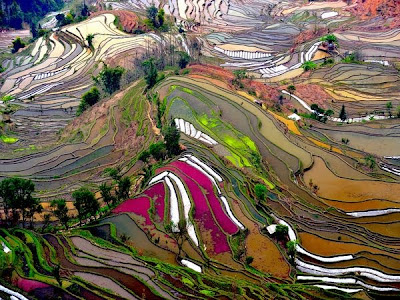 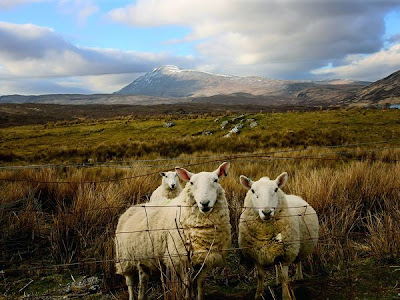 Sheepherding in Scotland has a long history, not all of it pleasant. Many of the pastures in the Western Highlands—where these sheep peer through a fence—were created during the "clearances" of the late 1800s, when wealthy landowners seeking greater profits brutally evicted their tenants and converted their subsistence farmland to pasture.
Boatman, Philippines
Photograph by Gerardo Sabado 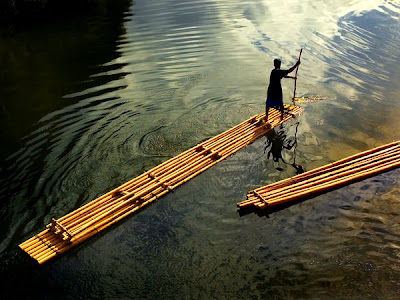 A boatman paddles his bamboo raft along the river at Wawa Dam, Philippines.
Potato Field, India
Photograph by Johnny Haglund 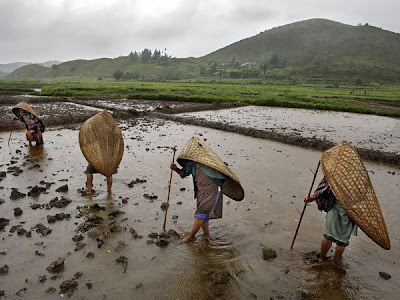 Women in the village of Mawsynram in the Indian state of Meghalaya (known as the wettest place on the planet), use homemade "umbrellas" when they work in the potato field.
Mambukal Mudpack Festival
Photograph by Alfonso Lizares 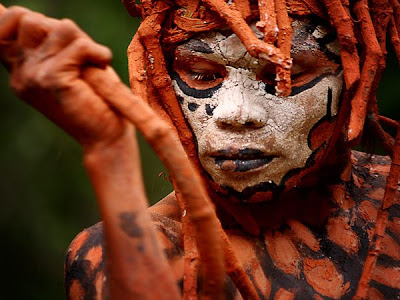 Held at the height of monsoon season, the Mambukal Mudpack Festival in Murcia, Negros Occidental, celebrates the harmony of man and nature and encourages environmentalism among young people. To get in the spirit, participants cover themselves with the rich soil known as Mambukal clay. 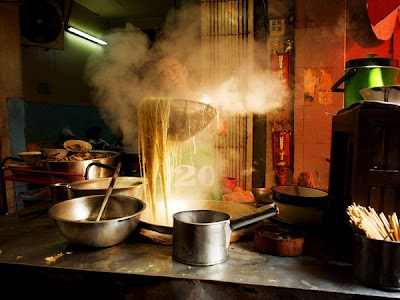 A strainer full of noodles, fresh off an open fire, commands the total concentration of a cook in Bangkok's Chinatown. The skill of such street chefs, and the aroma of their creations, proves irresistible to many passersby.